The new shoes created by the Dutch designer in collaboration with United Nude are a digitalised dream for all the fashion heroines of the future. At the presentation of Iris van Herpen‘s Spring/Summer 2012 collection during the latest Paris’ Haute Couture Week, models strode down the runway in very peculiar footwear. The stilettos in question featured indeed not one but ten fang-shaped heels that perfectly matched the main inspiration for the collection, microscopic organisms.

The shoes – very aptly named “The Fang” – are the result of the fifth collaboration between the Dutch designer and United Nude. “It’s always a thrill to work with Iris van Herpen,” states United Nude Creative Director Rem D Koolhaas. “She always comes up with something extraordinary and it’s always a challenge developing and making her shoes. We are a good match for collaborating with her as we are experts in difficult shoe constructions and, in her case, we can develop a product from a single sketch.”

The footwear – featuring a fiberglass and carbon fiber wedge made using a blow molding process – proved immediately successful with the media and the fashion fans. “Strong and simple, they grabbed attention like a claw, I heard that, after the show in Paris, people were talking about the shoes specifically,” Koolhaas continues.

Van Herpen’s S/S 12 collection – entitled “Micro” and made in collaboration with designer Stephen Jones, artist Bart Hess, architect Isaïe Bloch and graphic designer Tara Doughans – is based on a combination of crafts and artisanship with technology. To achieve sculptural effects with a strong visual impact and explore rich tectural aspects while focusing on powerful patterns, the designer mixed materials as varied as leather, synthetic boat rigging, plexiglass and stretchers and ribs from children’s umbrellas with 3D printing. “Iris uses innovative techniques such as 3D printing in her clothes and we use it for our own designs and for her shoes, though, in this case, we used it in a more subtle way, printing part of the heels which we then reinforced with carbon fiber,” Koolhaas explains. “I think techniques like these will play an increasingly important role in the world of fashion as they can break boundaries. They can be compared to the use of computers in the music industry and are all part of a digital revolution, in this case a 3D digital design revolution.”

At the moment it is not certain yet if the shoes will be released in a limited edition as it happened with previous Iris van Herpen x United Nude designs, so fashion enthusiasts and fans of the Dutch designer will have to stay tuned. 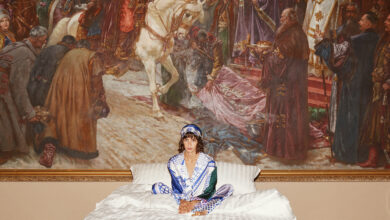 A night at the museum 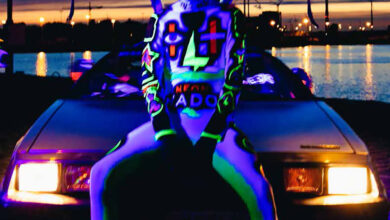 “Daily inspiration to follow your guts and be you”