Since Russia’s war in Ukraine started at the end of February, the conflict disrupted the lives of millions of people.  At the time of writing, according to the United Nations High Commissioner for Refugees (UNHCR), more than 10.5 million people have been displaced either within Ukraine or abroad as refugees. The country boasts a vibrant creative community, working in different disciplines, from art to architecture, fashion and design. Some of these creative minds decided to remain in Ukraine and help locally in any way they can; among them there is Tetiana Chorna.

The founder of the eponymous jewellery brand, Chorna was born in Kyiv. She graduated from the Kievan National Art & Architecture Academy and then worked as a Senior Architect at Yanush Wig & Partners until 2016. Chorna started creating jewellery in 2010 as a hobby: at the beginning, she made pieces using a variety of materials she had on hand, such as glue and clay. She soon went on to experiment with felt and casting polymers, then moved onto metalworking techniques, including soldering, electrotype and jewelry wax modelling and casting. As the years passed, Chorna’s pieces were showcased at different fashion shows in Ukraine, Belarus and Poland. She also created art performances with other Ukrainian artists, while taking part in organizing the “Senka” and “District Block Party” art festivals, and developing the “Educatorium” gallery in Kyiv and the “Senka.Market” platform.

Chorna’s jewels combine sensitivity with introspection and self-reflection: some of her pieces featuring snails, dragonflies and beetles hint at the power of nature; a pendant of a girl on a swing, almost a symbol of Spring, is integrated in the cap of a perfume bottle by Ukrainian perfumier Yevgen Lazarchuk; fragile silvery branches blooming with flowers around a stone, remind us about beauty in unexpected places.

As she explains: “Everyone who wears my jewels literally becomes a carrier of Ukrainian modern art.” And then there are fun pieces with acrylic elements celebrating urban features, from windows and laundry drying in the sun to pieces of chewing gum. The designer conceives her jewels as wearable objects of art for people. As she explains: “Everyone who wears my jewels literally becomes a carrier of Ukrainian modern art.”

When the Russian invasion started, Chorna was working on her new collection that featured the head of Medusa. Rather than being an homage to Caravaggio’s, Chorna’s own Gorgon can be interpreted in a feminist key, as a source of women’s power, but as a “memento mori” message as well. In some of Chorna’s representations, the Gorgon’s head is indeed surrounded by a mass of wiggling maggots.

War has radically changed Chorna’s daily life and work, but she has decided to remain in Kyiv. She has so far kept busy creating powerful illustrations with mythical animals like unicorns and dragons, their horns or flames painted in blue and yellow, the colours of the Ukraine flag, fiercely standing side by side with Ukrainians. In the last few weeks, Chorna has also been working on a database of Ukrainian jewelry designers, to preserve their names and works from being destroyed by the war and to remind us that jewels may not be armour, but they can be part of the resistance.

Below are excerpts from Zoot’s conversation with Tetiana Chorna. Also featured are illustrations from the series Chorna began when the war started.

Can you tell about your daily routine before the war?

TC: The first half of the day I usually worked at the computer– 3D-modelling, photo-editing, answering e-mails, buying all necessary materials online. I would spend the rest of the day in the workshop, visiting art exhibitions or meeting the clients / partners to discuss various projects. Where were you when the war started and how has it affected your life, your family, your friends?

TC: I was home alone sleeping, and heard the explosions through my dreams. I realized what the blasts were, but my brain was rejecting to believe it was really happening. My mother called me afterwards and said that the war had started – Russia had begun a full-scale invasion of Ukraine. I was shocked and felt lost; I was scared and angry at the same time. So far, our family got lucky – we are all alive and healthy. The most difficult thing was to gather all family members together and bring everyone to a safe place – in particular my sister with her child and my parents who luckily agreed to leave. They are all in Western Ukraine at the moment. The parents of my husband are unluckily surrounded by ‘ogres’. They have no electricity and gas since the third day of war. Fortunately, they live in an old-school house in a countryside where they have the stove to cook food and heat up the entire house. Their neighbors have an electric generator, so they are using it to charge their phones and keep in touch with us – they call us every two to three days when they have network. The Russian troops haven’t managed to get inside the village where my husband’s parents live yet, but we still worry about them every single day. I lost touch with some of my friends and I don’t know what is happening with them. They are on the Ukrainian territories occupied by the Russian army – staying inside the bomb-shelters underground with no network. It’s hard to imagine what are the conditions they live in right now. Hopefully, all of them are still alive and healthy. I also have friends who brought their kids to safer places in Western Ukraine, or abroad, and came back to be useful at home – to take care of people in hospitals, volunteer, or take part in military actions. There are those who simply stayed home to support their relatives and friends during these difficult times, and who embrace arms when it is needed. The Ukrainian Armed Forces have enough people at the moment. Where are you located right now, what is your daily routine and how is your life in general?

TC: My husband and I are in Kyiv. We have moved to a workshop located in the basement of an old building in the city centre. Every day starts with a phone call to our relatives and friends – just to make sure that everyone is safe and alive, and to know if we can be of any help. You never know which kind of help may be needed – starting with assistance in transportation to a safer place and finishing with getting necessary groceries or medicine. Lots of people, especially women, were literally paralyzed at the very beginning of war – they felt nothing except fear and anger. We are all used to it now. I really wish to keep the memories of my city undestroyed and of my friends smiling.

In which ways has the current situation affected your work?

TC: Russia’s war against Ukraine started with the occupation of Crimea, Donetsk and Luhansk in 2014, and turned into a full-scale war in February this year. The atmosphere has been very tense since 2014 and the tension increased dramatically in the last six months. This has also been affecting my art and jewelry collections. I created “Jewels of the City” with car tires as its key element symbolizing the Revolution of Dignity and barricades in Independence Square in 2014. Then I created a collection called “Body Came First”, which reflects the acceptance of one’s body with all its flaws. Afterwards, I released two other collections: “Honey and Tar”, which embodied my thoughts regarding the transience and beauty of life, and “Flowers and Thorns”, a series of jewels about restraints in relationships. My most recent collection, which I haven’t managed to finish yet, is about my thoughts regarding the destiny of Medusa. She was a beautiful girl who suffered from violence and spent her entire life being cursed until death. Maybe, this story has more meanings behind it than we usually think. What was the scariest moment for you so far?

TC: These days it is scary for me when someone doesn’t answer the phone. It has also been very disturbing when one of my relatives was in Kharkiv, a city that has been under constant bombardments.

Since the war started you also created illustrations: can you stay creative in a war?

TC: It’s obviously quite difficult to concentrate and to be creative. The mood changes swiftly depending on the news or sounds of the bombardments: these are very tedious times. I am trying not to spend hours rolling the newsfeed. All of us need a positive and decisive state of mind. The humor helps a lot – so, in order to distract myself and others from the war, I started drawing posters. Other countries were surprised by how passionately Ukraine President Volodymyr Zelenskiy is protecting the country, making speeches, posting videos on social media and giving interviews. Was there any moment when you were personally surprised by your own country?

TC: Our President has surprised all of us with his decisive behavior in a good way. We are proud of our leader, our army, and the unity of our people. This war has strongly united all Ukrainians. This helps us to be closer to each other and do everything possible in order to win this war and sort out the ‘Russian’ problem once and for all. All of us are ready to die, if needed, to be free!

What can the international art community do to help Ukrainian people?

TC: Lots of countries are already helping us on different levels. Lots of people in other countries are welcoming refugee Ukrainian artists and giving them an opportunity to do what they love most again. It’s important for us to ensure that as many people as possible across the globe acknowledge how cruel and aggressive are the actions of the Russian army in Ukraine. And we would be thankful if our country would be recognized worldwide not because of the Russian invasion and the war, but for what we’ve all been doing before the war started. We have plenty of talented artists and designers and they are doing their best to work even during the war. And I hope that they will be able to do lots of beautiful things after our victory.

What is your biggest dream once the war is over?

TC: To rest assured that Russia will not be able to commit such crimes ever again. 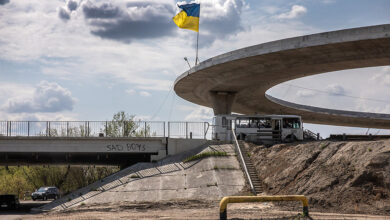 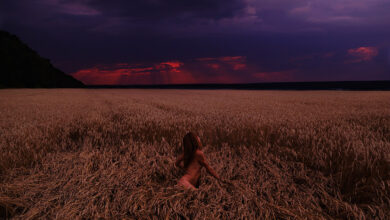 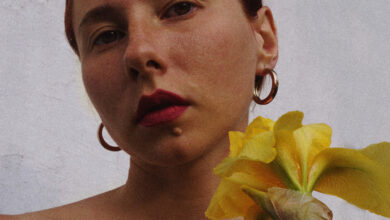