On your blog, you refer to your “need” to go to Ukraine. What is it that is drawing you back?

Yes, it feels like a “need”, like as a photographer I have a “need” to make photographs every day.
I am compelled to return to Ukraine to do whatever I can with my limited skills, because I feel like the war is a great injustice. It didn’t need to happen. Putin and Russia’s actions are simply wrong, and it feels unacceptable to me that in this supposed age of civilisation, this barbaric action could be considered. Little man Putin feels like a bully, and bullies need to be stood up to.
I’m not a fighter (I’m a lover, baby) but I do feel like if Ukraine were my country and these were my people, I would pick up a gun to defend my family. So, is my camera my weapon? I don’t think so. I am not using my eyes to attack: I’m more interested in rebalancing the bullshit, propaganda and stupidity displayed over the Internet. People telling me the bodies lying in the street in Bucha were actors playing dead is almost as offensive as there being dead bodies in the street in Bucha.
The battle for the truth has to be fought.
Some people have commented that I am ‘brave’ for going to Ukraine, which I am uncomfortable with because I am definitely not brave. There are brave people risking their lives for others: people going to rescue trapped civilians in the middle the fighting, soldiers prepared to risk their lives for their country and country-people. So many stories of bravery coming out of Ukraine now. The risk I place myself in is low. There is more risk than me staying at home and doing nothing. But staying at home gets nothing done.

When talking about photographing in Ukraine on your blog, you said, “I’m frustrated that my pictures feel like still lifes: they’re almost silent.” This is such a poignant statement. Can you speak further on this?

I have a strong sense that the photos I am producing in these places, where there have been fierce battles and horrors happening, do not—and cannot—communicate eloquently what happened there.
I used to say of all my photos: “they’re just residual traces of where I’ve been, what I’ve done and who I’ve met”. And I suppose this is still true, but I am frustrated because I feel I should be able to produce pictures that help people understand what it was like to be there then. Not now.
I’m working through it, but maybe it’s a limitation of photography that I can’t fix. We can only photograph what we can see.
Probably the only way is to be there then, in the middle of the horror, photographing it as it’s happening. Perhaps my photos of these places are just shadows?

How was it being in Hostomel, Bucha and Irpin, knowing what had happened there from the media? What did you feel while walking around?

Following in Bono’s footsteps, and at the same time as an (apparently) famous Georgian singer was touring there, three days before Macron and co., it occurred to us that we didn’t want to be “war tourists”. But I think it’s really important to see these places and scenes with our own eyes, and photograph them for the people who can’t see them with their own eyes.
I have a dear friend in Tokyo who shocked me the other day saying, “if YOU tell me it’s true I will believe you, but I won’t believe the mainstream news here.” I believe we should bear witness to what we have seen and to try to rebalance the lies about what happened there.
Maybe first-person accounts are more trusted than news networks. But I personally believe there is trustworthy news available to us: especially when it isn’t state-owned.
Seeing these places for ourselves also helps us contextualise what we are doing in Ukraine [with WEM]. These pictures of places and horror also contextualise the portraits of people I met. Check out ZOOT’s Perou in Ukraine – Part 1, Part 2 and Part 4 for more photos and commentary on his trip. 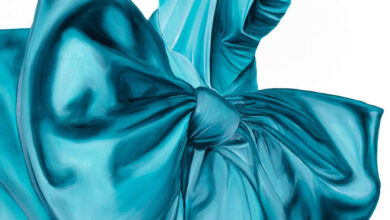 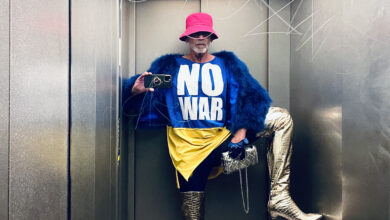 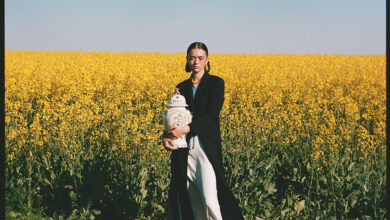 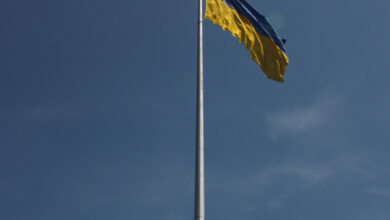