Featuring the work of artist Anushka

Words and interview by Fernanda Russomano

Walking around the city of Lisbon, it is common to see mattresses abandoned on the sidewalks with spray-painted words scrawled across them. Giving a new meaning to these ordinary objects, Lisbon-based German artist Anushka imparts her words and poems through the cushioned surfaces of deserted mattresses. Pairing her tagged mattresses with tagged models for the first time, Anushka shares her work with ZOOT in anticipation of her first solo exhibition launching January 13th at Little Chelsea gallery in Lisbon, titled “Chaos, stains and stupid feelings, a mattress collection of longing for lovers & losers”.

Since she started writing poetry as a teenager, Anushka has always been immersed in the arts. From studying German literature, art and music, writing for radio and newspapers and then becoming a theatre director – using her words and artistic vision has always been a key part of her life. From Berlin, Anushka moved to the region of Alentejo in Portugal where she continued writing poetry using typewriters from her personal collection until she came across her first mattress.

One day I found a mattress at my friends’ place in Alentejo—because they wanted to throw it away. It was a gray day and it was raining. I arrived there and the mattress was leaning on the wall, and there were these windows with the shutters down and everything looked so “triste” [Portuguese word for “sad”], so different and also touching. I felt like I wanted to write something on this mattress. I wanted to give it a voice. Then I asked my friend if he had a can of spray paint, because I didn’t have one and that was my first mattress. I messed up the first time and had to flip it around, but this is how it started. Now I always have cans of spray paint with me in every bag just in case I stumble across a mattress on the streets.

Now living in Lisbon, Anushka has fully devoted her Instagram account to her mattress series. “I found out when I was planning this exhibition that I have more than 200 mattresses and I’m sure that at least 50 of them I never posted anywhere”, she shared with ZOOT. “I can almost find one mattress a day because I have a very good community on Instagram. It was already good in Alentejo, and in Lisbon it’s even better. … Almost every day I get a message from someone sending me a mattress picture and the pin of the location. It’s beautiful. Other times I’m just walking and I find a mattress on the street.”

Launching on January 13th, her first solo exhibition, “Chaos, stains and stupid feelings, a mattress collection of longing for lovers & losers”, features photographs of some of the mattresses she has tagged so far, including one of the mattresses featured in this editorial. Some with poems and others with heartfelt messages of longing, her words will take over the walls of the underground Little Chelsea gallery near the Tagus River in Lisbon. According to Anushka, “the name of the exhibition basically describes everything. Life! Mine and that of many others. The chaos of stupid feelings. Mattresses show all that. They tell a story, the traces—stains—of our existence live in them. The voices I give to the abandoned mattresses are often full of longing. Maybe only lovers and losers will understand.” Abandoned mattresses were once part of a life. The traces and stains of existence can be found on them. I find it interesting to connect a person with a mattress that was previously abandoned by someone else. When I tag the person and the mattress they somehow relate to each other like different layers and yet in the end result in a united voice.

For Anushka, mattresses are more than just a canvas for her words. “I’m totally in love with mattresses. Like the patterns of all these beautiful Portuguese mattresses”, she says. “Not the ones from Ikea that everyone has, they can’t even stand off the wall because of how thin they are and they’re boring to spray on because they’re these plain white mattresses. But when I see these old mattresses and their unique patterns I wonder what happened to them? Like some people who have just one room, for example, they’re doing everything on it. They are sleeping on them, dreaming on them, making love on them.” I think that women are often seen first as an object of sexual desire, rather than as a whole person. And in my opinion, every woman should be allowed to answer boldly: fuck off! Women are wonderfully sexy, wild, charming and tempting. But that does not mean that therefore anyone has a right to own their body. Or their soul.

With her artistic expression, Anushka began to see her mattress series as a way to help clean up the streets. “I have the feeling that the municipal cleaners end up cleaning up faster when there’s something written on it, because people notice it. It’s like you’re identifying trash all of a sudden. If there’s a mattress on the side of the street people just forget about it, but if there’s a sentence on it people are like ‘oh yeah, I have this trash in front of my house. I’ll call someone to pick it up’. I don’t know if I’m right but it feels like that. People tell me that it makes them happy to find my messages in the streets, someone even said to me I’m doing a community service by tagging the mattresses and I also see it like that now.” This one is dedicated to the women in Iran who are currently being arrested, raped, or even killed due to the fact that they no longer want to hide their hair under their hijab. I want to encourage them and wish that their protests will cause what they are fighting for: freedom. While she’s mostly tagging mattresses, Anushka recently partnered with the Portuguese brand Casa Tigre and started tagging their apparel. Together with the brand, the artist created two T-shirts, one with the saying “romantic as fuck” and another as a joint effort to support Ukraine during the war with the words “I want you peace”, with 100% of the profits donated to supporting Ukraine. Not only has she been tagging T-shirts, fur coats and tote bags, but now she began spraying her words on the exclusive leather jackets featured in this editorial and at her exhibition. I have a fantasy about the mattresses I’ve tagged. I wonder where they take all the mattresses. Where they’re storing them? What are they doing with them? Not just with the mattresses I tag but all of the others as well. But I’m always hoping that someone is taking my mattresses and putting them somewhere so that one day I could see them all again. I don’t think I use the word “fuck” in most of my pieces, but I do in many. And when I do use it, I do it with pleasure and on purpose. It is perhaps a small rebellion against my growing up in a Christian household. But maybe it’s just the word that gives even stronger meaning to a phrase these days. It’s more aggressive and gets more attention. It’s bolder. Sexier. And louder. And sometimes I feel like it fits a mattress that has been abandoned and wants to be heard. When I stepped inside of the Little Chelsea Gallery the first time I thought: that’s my gallery! And here I am. Happy as fuck. 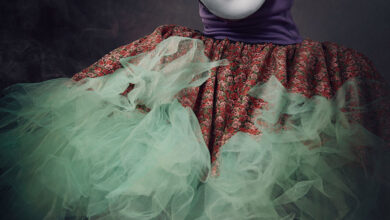 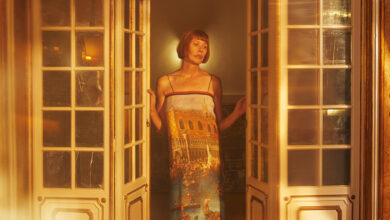 Don’t call it a comeback